Just click on each thumbnail for the full picture 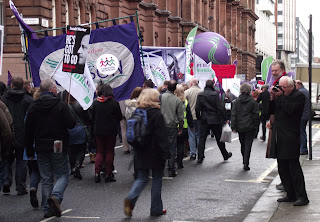 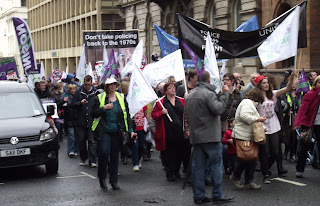 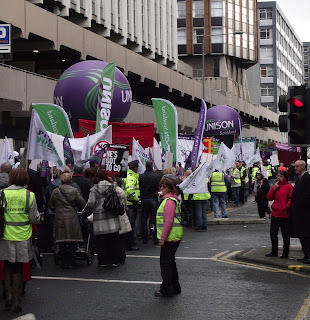 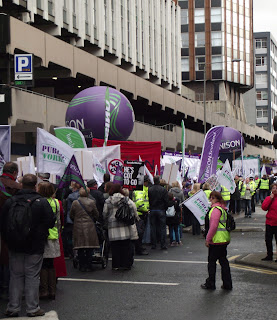 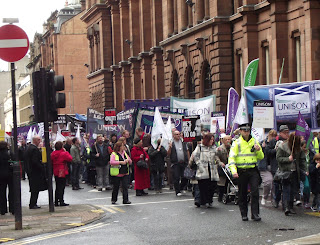 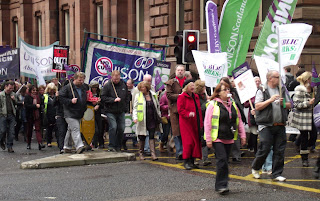 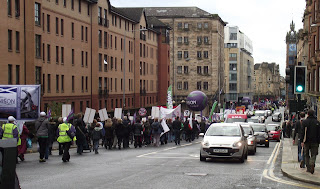 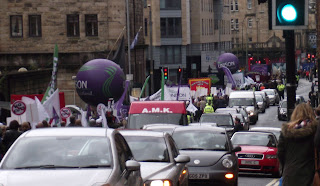 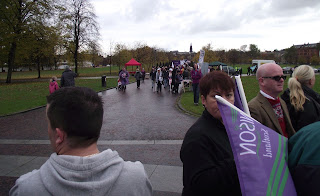 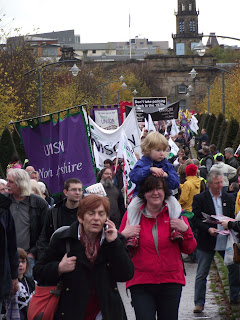 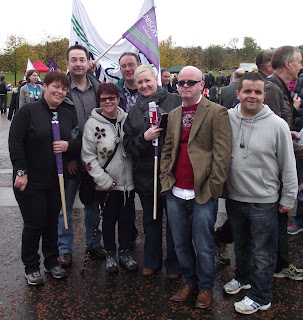 Willie was given a second chance to smile but declined the offer. 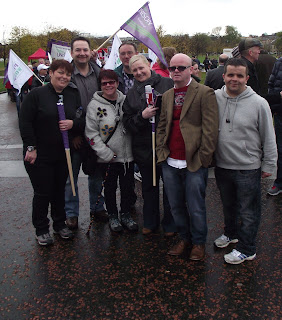 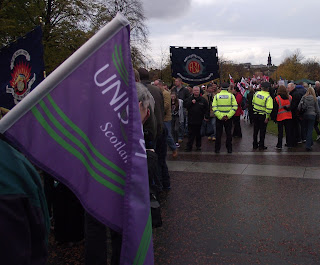 And the Marchers kept on coming. Thousands on the streets to oppose the cuts. 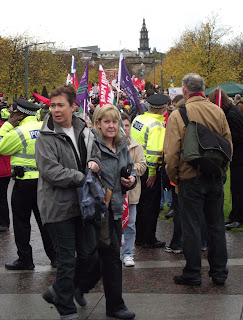 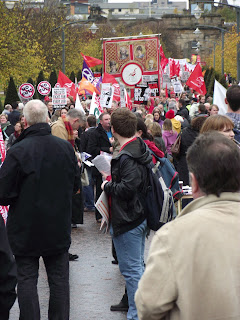 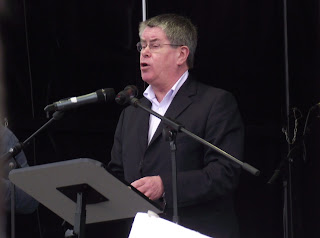 Up to two million people took part in the largest strike action since the General Strike of 1926. In Glasgow thousands took part in a march and rally to defend their pension rights.

After the march they attended a packed rally to demonstrate their commitment to protecting the rights that they have earned.

The day was not without Union humour and some even dressed for the occasion:

See more about the day at UNISON Scotland and UNISON main site.
Posted by UNISON Scottish Electricity No comments:

This blog is part of the Scottish Electricity Branch website which can be found here.